Published: 1st of December 2018. Estimated read time about 4 minutes.
Categories: (About)
Looking back with #SaturdayEarth

I'm a big fan of space, especially pictures and gifs made with imagery from satellites far out there in the vast darkness.

There's nothing else that quite has the same effect of putting things into perspective, life here on our little rock truly is something incredible.

We often forget or take it for granted; We're floating through space at the incomprehensible speed of 390 kilometers per second (relative to the Cosmic Background Radiation) all while spinning on our own axis spinning around a star spinning around the center of our galaxy.

None of which would even matter if the Earth's core didn't move about and produce a magnetic field which keeps the protective bubble we live in from buggering off into space. How's that for coordination.

Unfortunately, probes and rovers and spaceships and moon landings happen pretty infrequently. It's a lot of the same before something interesting grabs the attention of the general media and a new wave of images floods across the screens of most people.

Even then it's not long before they carry on with their lives and worrying about interest rates.

I've always thought it was a shame really, there's a lot out there that can keep a space fan interested and grounded but very little that keeps everyone grounded.

Personally, I've always been equally intrigued by satellite images of the Earth. It's one of the few things we all share, regardless of race, age, sex, height, eye colour or football association.

There are almost two thousand active satellites orbiting earth right now, so surely there must be some sources of great Earth photography from space I could get my hands on. For the longest time, I've been searching for a way to get these images into my life on a regular basis.

I've signed up to developer betas for UrtheCast multiple times hoping to get some sweet sweet images and build a daily Earth wallpaper type application for my desktops pretty much since I thought of the idea sometime in 2013. Yo UrtheCast, hit me up.

I've scoured the depths of every complex and completely unintuitive NASA project website I could find which seemed relevant hoping to find the type of imagery I need to no avail.

And then one day, I see this on Reddit. 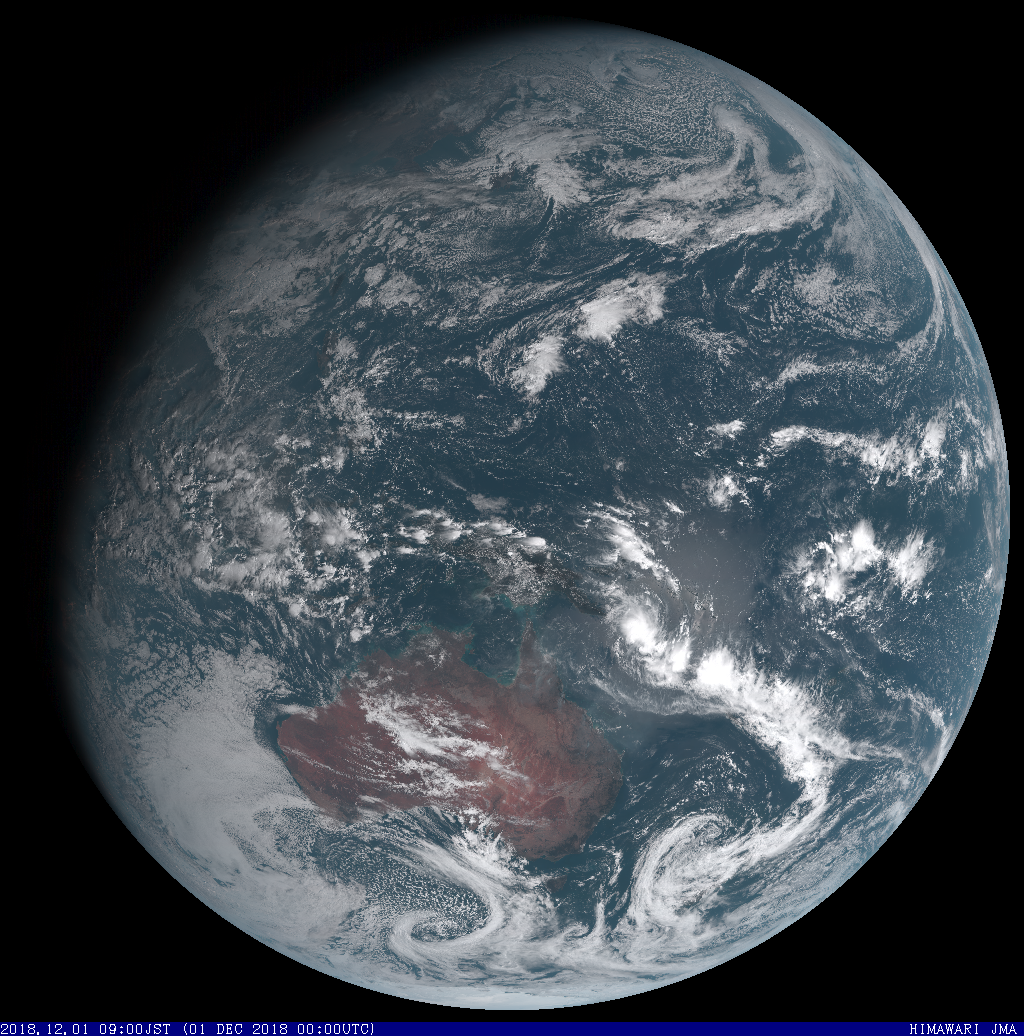 I happened to stumble across an image taken by one of the satellites operated by the Japan Meteorological Agency and it set everything in motion.

These wonderful folks were releasing images from their Himawari series of geostationary meteorological satellites every ten minutes! 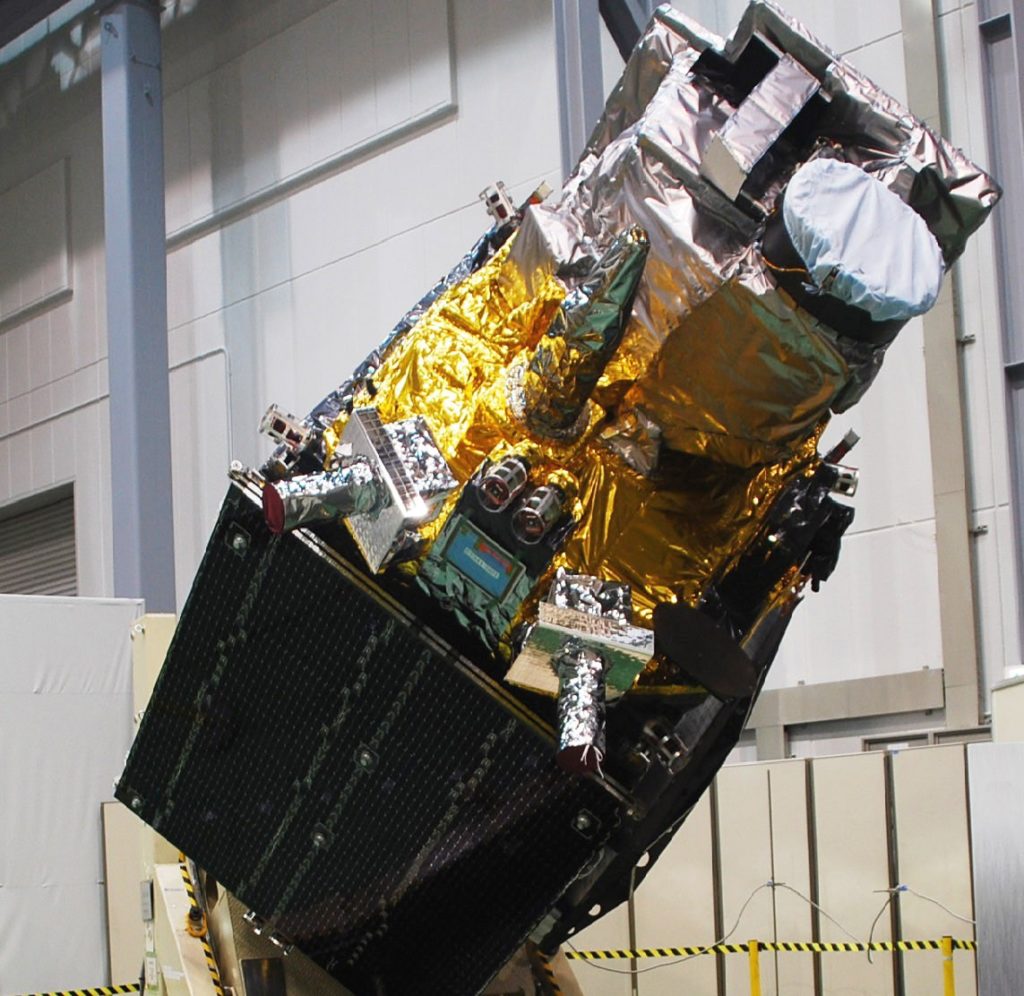 Himawari 8 built by Mitsubishi Electric. This beauty would be one of my satellite heroes.

Now, these images aren't the type I would use as a daily wallpaper as I'm incredibly picky with wallpapers, but I had a sneaky suspicion they would be great when compiled into a time-lapse type gif.

A gif I could then upload to Twitter every now and again to bring joy to Earthlings from all around.

I queued the proverbial music and got to work.

A while later I had figured out how the JMA store their data on the backend, how to access the images directly, and how long they keep them for. Turns out they keep images for three days, giving me some wiggle room in my software to account for service outages, very nice.

I got started with (as usual) a quick .NET Core console application that would wake up at specific time, download the correct image for today (and backfill images from the past 2 days if they were missed somehow) and if it is Saturday it would create a pretty gif then upload it to Twitter before promptly going back to sleep.

It took me a couple of hours tweaking the timings and gif generation preferences and I had done it, the thing I had wanted for years was right here in front of me.

The first JMA #SaturdayEarth image ever.

It wasn't 30 minutes after I had posted the first gif and I found a second satellite source. It really helps to know which keywords translate to what I need from the big internet search machine.

Hello European Organisation for the Exploitation of Meteorological Satellites and hello to the magnificent second source of near-real-time full-disk images of Earth. 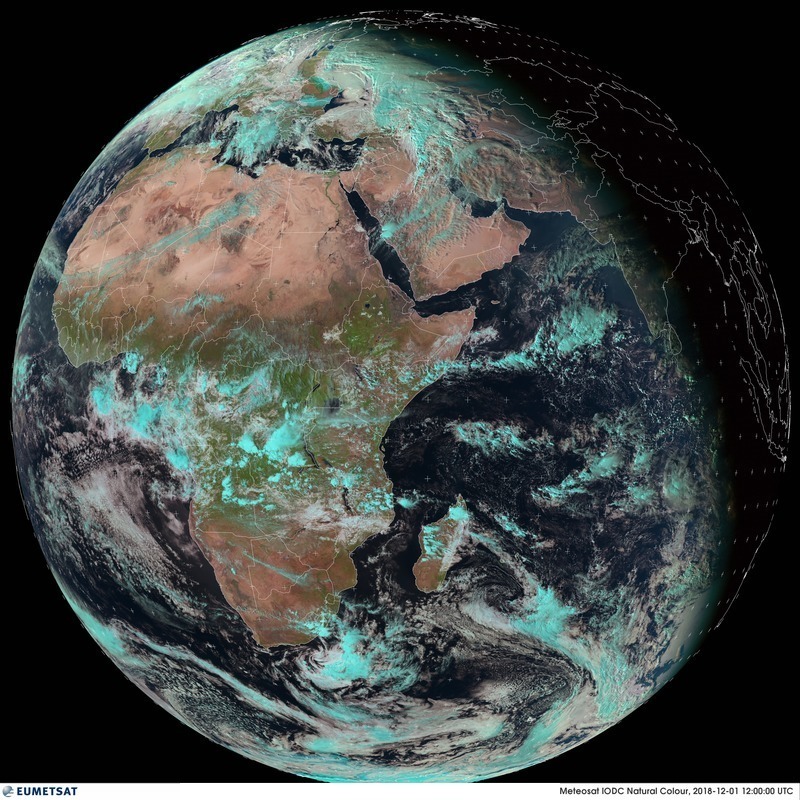 Digging around their, uhm, busy website I finally gave up trying to find out how they serve historical images. I did find that they update a "live" image link every hour or so with the image I need.

Given that I could time when my console app runs and downloads the images, I can have it hit this feed when the full Earth disk is in the sun, magic. Feed number two added.

Feel free to give the bot a follow over at https://twitter.com/SaturdayEarth.

If anyone out there knows of other full disk image feeds you think would be good to get into the #SaturdayEarth rotation, let me know.